'Entitled,' 'Spoiled,' 'Ridiculous.' : The Labels I was Given Yesterday.

‘Entitled,’ ‘Spoiled,’ ‘Ridiculous.’ : The Labels I was Given Yesterday.

Yesterday, I got burned at the stake. I got stoned. I got mauled. Or so it felt.

I posted on Facebook what I thought was an inspiring post to a group I am apart of. My post was a “Motivation Monday” post about how anyone can make as much money as they want as long as they believe in themselves.

When I wrote this post, I was coming from a place of inspiration and passion. I wrote it quickly. I wrote it with fire in my ass. I wrote it confidently and strongly and knowing that I believed so wholeheartedly that this would touch someone else positively and change the way they viewed their goals. But the universe had different plans for Mama B.

I walked away from the post and came back to it an hour later to find about 60 comments.

The first couple people in the thread said how much they loved it. The third person came in hot and fiery, calling me a privileged spoiled white girl. “How dare you believe that people who come from lower socioeconomic beginnings have the same chance in this world as you.” I was so taken aback. Not an ounce of me expected this. I couldn’t believe it. I instantly felt sick to my stomach. My brain was frantic.

And just like that, all the supporters silenced themselves and mob mode set in. This woman’s comment acted as a launching point for about 50 other women to jump in guns a blazing. There were a couple people who tried to stick up for me, but in the end they didn’t have a dog in the fight and pulled away.

Guys, when I say it was bad, that is an understatement. It was absolutely gruesome. These women called me entitled. They called me ‘absolutely ridiculous.’ They called me spoiled. They told me I was living in a dream land. Memes were flying all over the place telling me to “get out” of the group chat. “Don’t let the door hit you on the way out, idiot,” was a statement that was made. One woman clearly checked my profile to find out I had kids and told me I was a bad mother. Damn, that was a rough one. She said, “you have kids at home, why don’t you focus on them instead of yourself and your money-based goals. There’s other things in life besides money and those things are the tiny humans standing in front of you probably begging for your attention.” (As I have written about in the past, I am sure you know this one hit me right in the feels because this has been one of my exact insecurities as an entrepreneur.)

Another woman said, “you think anyone can make as much money as they want, huh? I’ve lost my job three times, what do you think of that? You think if I dream and envision hard enough, a million dollars will show up at my door? You’re living in a fairy tale, princess. Wake up and reassess life. Becoming successful requires hard work, something you clearly don’t know about. Putting it into peoples heads that all they have to do is believe? That’s hilarious.”

“Who the hell is this chick speaking down to us like this? Lets report her and get her kicked out. Everyone go to the top of this post and report her.” (15 women liked that comment.)

I always wondered why celebrities ever looked at the negative comments that people say about them. I always wondered why someone as “accepted” as Oprah would ever read un-empowering comments about themselves by internet trolls. But now I get it. Its because they’re human. And here I was, 2 hours deep of obsessively refreshing and scrolling and on the verge of a complete breakdown.

I hopped on the phone with my coach and I REALLY laid it on her. I let it all out. I literally word vomited on her.

“My biggest fear is that people think I am talking down to them or that I am entitled. I feel anything but entitled. Have I been wrong this whole time?” I questioned my beliefs to her, panicked. I said, “Alicia, am I stepping on people to get to my goals?” “Am i a jerk?”

She asked me the most simple question out of all of this.

“Then you have done an amazing job. These women are comfortable in their belief that they have no control over their money. They don’t want someone to come along and force them to mentally push into that. It makes them uncomfortable, and you are probably the only voice that is saying that maybe their excuses aren’t valid and people don’t like that. But Becca, you can not mute yourself or silence yourself because the message you are spreading is changing lives. You’re seeing it in all the successes that your clients are having in growing their minds and their beliefs. You have to be okay with the push back. And you have to expect it. Because it will happen. But for every time you ruffle feathers, you are breaking down barriers and walls.”

Upon an entire hour of me being as vulnerable as possible with my coach (I really come to my coaching calls as a complete hot ass mess, because hey, I’m paying her and this is what I signed up for, so why would I act like I know everything, can I get an Amen.) I got off the phone feeling extremely empowered. I posted the same exact post to a different group and it was applauded.

I received, through my coach, the view and shift I needed. She was right. I knew deep down, I wasn’t a jerk nor was I walking on people. I knew deep down that I care so much about people, and it shows. I find myself up at night thinking about my clients and how I can improve their life. I find myself trying to find ways to help even more and in a better way. I want to coach people because I truly am obsessed with watching their transformation. The financial goals of it are icing on the cake.

Guys, I never want people to hear me talking about money and assume that I am passing judgement on people that don’t have money. Or that I believe that everyone should have a goal of making money. I don’t believe that business growth is the end-all, be-all. And yes, I am privileged in the sense that I was born in America, the cops don’t want to shoot me when I get pulled over and am reaching for my wallet, I have running water, all of these privileges, I am aware of. But I hope so genuinely that I am not viewed as these women call me, “coming from a place of privilege.”

Guys, I know what it’s like to not have money. You’re talking to the queen of used-to-be-Broke. I’ve pulled coins off the sidewalk to get gasoline. I have asked my big brother for money. Many times.

One time I had a two week window in between moving apartments and didn’t have a place to stay so I just parked my car in an empty lot near my old apartments and slept in it each night. I didn’t consider myself homeless, I just considered myself to be in transition. I never felt sorry for myself.

There were days when I went to my work (at a restaurant) and pulled double shifts because there wasn’t food in my pantry (and wouldn’t be for another week) and I knew I was allowed to eat a meal on each shift.

I have stolen toilet paper from bathrooms at stores.

I’ve had my electric cut off at least 10 times in my life.

I have over drafted my account time and time again.

I have had my landlord knocking on my door to pay the rent.

Guys, I am not speaking down to anyone. I hate to think someone has felt that way.

I just get so insanely passionate about the transformation that has happened in my life that I feel it is my duty to show other people this new way of thinking.

But, Y’all! GUESS WHAT happened today!?

The day AFTER I was stoned to death in the Facebook group…my coaching client got on the phone needing guidance because she had recently posted something in a Facebook group and someone lashed out on her. She was in her head about it, reeling over it, couldn’t sleep and needed coaching.

Oh, universe you are so so funny.

Thank you for all of my lessons.

Your reminder to keep failing.

Hello Friends: Just a reminder: I had 0 people ask me for my business card at my first networking events. I had people ask for massage appointments, i GAVE THEM A DISCOUNT, and they *stilllll* no-showed. I have had cringe-worthy FB lives. I had 0 people show up to my...

END_OF_DOCUMENT_TOKEN_TO_BE_REPLACED 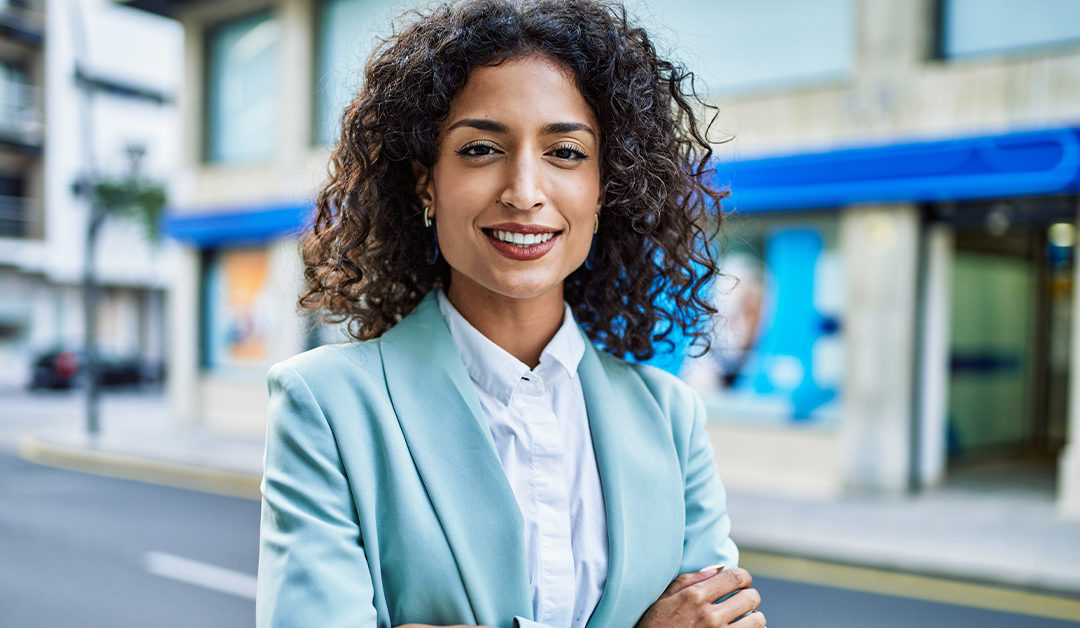 I see entrepreneurs all the time who got into business because they wanted time and money freedom to spend evenings with their families, or weekends away with friends. And since starting their businesses, the complete opposite has happened. If they’re not working...

END_OF_DOCUMENT_TOKEN_TO_BE_REPLACED 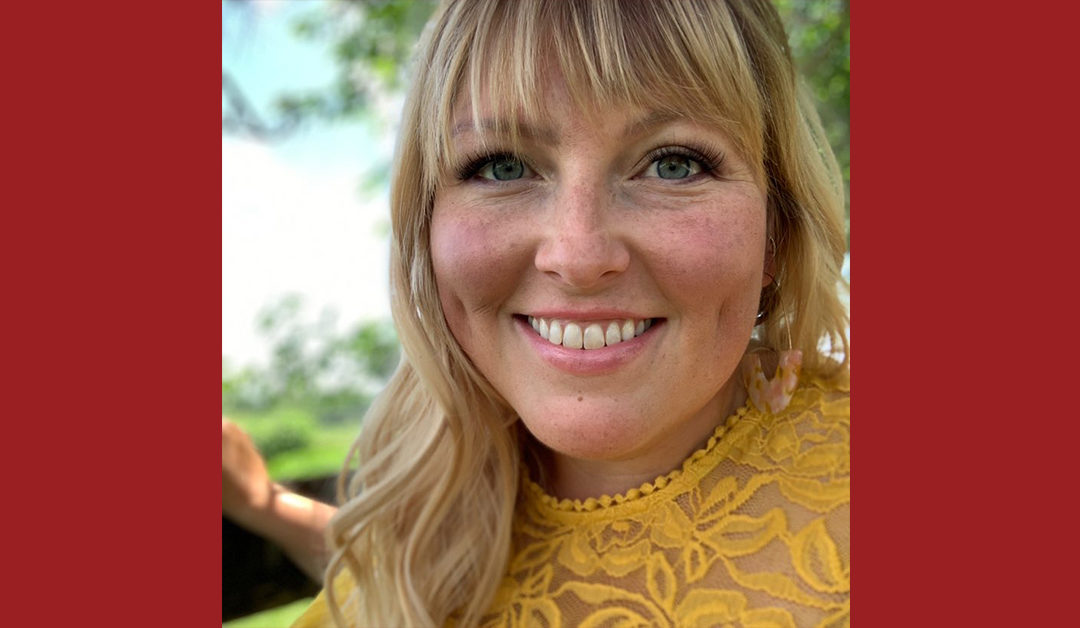 If you want to start expanding and grow the hell out of your business, you need a coach. However, if you don’t have one of your own, I’m here for you in this episode because I’m bringing you another live coaching session, this time with Amanda Woods Hall.  Amanda is a...